Sedona – Cluster of Vortexes!! What does this mean??

Wow, Sedona is so amazing in every way!  Vortexes everywhere!

Find out more….  with Julia Smith 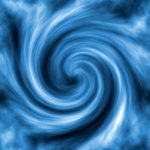 Feminine & Masculine are Equal!  Just to be clear!  Both the feminine and masculine energies are equally important!  We all carry both within us, and working on balancing these within is important too.  So girls don’t have to just sit in the feminine vortex and guys in the masculine. And guys don’t have to feel weirded out to sit in a feminine energy vortex.  Otherwise you’ll be missing out on the energy experience and what it gifts you!

Vortexes are created by the crossing of leylines – the energy grid lines circling the planet, a bit like lattitude and longitude lines.  Leylines are like the Earth’s body’s meridian lines, so you can’t see them but they are there and distribute energy around the planet.  When these leylines intersect a nadi, or cross-over point, is created, and the energy flows circular creating a vortex. 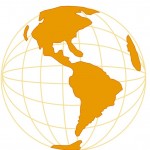 Watch out!!  When you are in the area of a vortex or stand in a vortex, it’s energy is going to start interacting with your energy field.  Energy sensitive people can feel it’s effects and sometimes see the energy around them.  The effects on you from a vortex typically are felt well after you standing in one.  Usually the effects of the energy of a vortex is to clean out your energy field, and many people report changes in their health, and their lives-it can be a bumpy ride but you can be spat out the other end in a way better position in your life.  Visiting a vortex commands respect, and finding out what you are exposing yourself to is best.  Energy centres around the world carry a different frequency – have a different purpose and focus.  So finding out its theme before you go would be good preparation.

The vortexes in Sedona are famous for clearing at deep core levels.  People have been known to go into a physical purge (vomiting etc) while there, and/or have very painful memories and emotions flush up either there or after leaving which give you the opportunity to deal/release them but it can be a bit of a tough time going through it.  Better out than in! 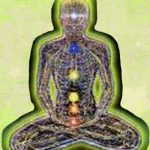 We humans have in our bodies meridian lines, and vortex points called chakras.  Galaxies are also huge spiral energy systems no doubt with their own system of distribution of energy.
As above, so below.  As within, so without.
Everything is connected and related to each other.

Sedona has at least 5 major vortex spots making the whole area a very powerful energy hotspot.  It is also a very powerful visual experience and you cannot not be Wowed! 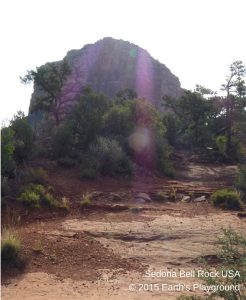 The major vortexes are:

All these feminine and Masculine vortexes situated so closely together creates an energetic environment of Harmony and Balancing.

So, anything you need harmonising and balancing within yourself will be shaken to the surface – in events, overwhelming thoughts and feelings about yourself, conflicting belief systems, emotional issues with others.  So you need to be vigilant in watching yourself – noticing what’s coming up within you in thoughts, emotions and physically and also what starts coming towards you in life mirroring what you need to notice within yourself.  Self observation to the max!

Here, the Earth is literally Breathing In and Breathing Out!!

What happens “In the Vortex”! 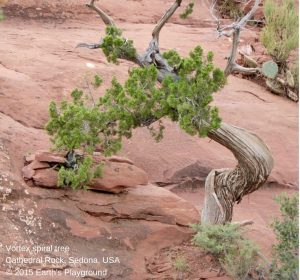 Physical proof of the spiralling energy flooding in – trees grow in a spiral!

Energy from the Cosmos is sucked in via the feminine vortexes, so it is streaming in, and new energies are being fed into this artery system into the Earth.

New frequencies from the Universe are being pumped in and these vortexes are connected to the leylines and to the crystalline grid deep in the Earth, fuelling it.

It is such a powerful artery here that portals and stargates exist making possible inter-dimensional activity, its traffic passing through the doorway of the portals/stargates. 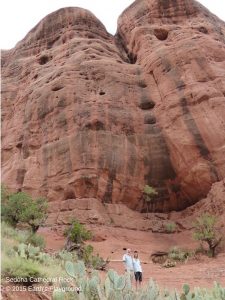 Sedona is directly connected to Katajuta, next to Uluru in Australia.

One cannot help but be struck by the physical similarities of these two places – red rock meets red rock, raw expansive desert environment with big blue skies above, plus the vortexes here are so close together, just like Uluru and Katajuta.  Uluru also has these holes down the sides.

Uluru carries the masculine energy and Katajuta the feminine.  Two places of harmonising and balancing – Southern Hemisphere and Northern Hemisphere!

Top and bottom of our beautiful world!

Connection to the 4 Elements 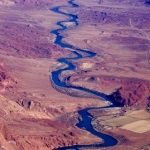 Colorado River winds its way down the Grand Canyon

It is no co-incidence that Sedona is a stone’s throw away from the Grand Canyon!  After 16 days rafting/camping/purging/exhalting my way down the Colorado River and then coming straight to Sedona, woah, it becomes obvious that the two are intermingled & connected.

The Colorado River carries the energy of The Snake.  This incredibly deep river is held in a solid bed of red rock, and winds its way down over hundreds of kms.  This huge body of water, its energy of Water blends with the other elements of Earth, Air and the Fire of Red Rock. The Red Rock of the Canyon Walls.

This area of Arizona is so incredible!  A blessing to have the opportunity to have this experience.

You can see my additional Music Therapy/ Sound Frequency Healing work with the amazing BodhiBed by visiting my website Julia Smith at www.innertranquillity.com.au